UK Klarna boss: Our crosshairs are set on the real British banks

Klarna is gearing up to disrupt UK banking in a big way, the fintech giant's British boss tells Eric Johansson.

Swedish quadradecacorn Klarna first entered the UK market in 2014 with its highly lucrative buy-now-pay-later (BNPL) product. Since then, it has increasingly sought to deliver consumers' entire shopping experience via its app and a number of other offerings. Klarna is now gearing up to introduce its banking services in the UK.

"UK banking is ripe for disruption," Alex Marsh, head of UK at Klarna, tells Verdict. "The service that consumers have had from the traditional banks has been woeful. And it's reflected in the Trustpilot scores of the likes of Lloyds and Barclays and NatWest, where [their scores are] between one and two stars out of five – [showing] that people don't trust their core banks and they don't receive good service."

Klarna is already active in the banking industry. Finansinspektionen, the Swedish financial markets regulator, granted the $45.6bn fintech an EU-wide banking licence in 2017. The fintech has used this licence to roll out banking accounts in Sweden and in Germany.

Alex Marsh is the head of Klarna UK. Credit: Klarna

The financial services firm has passported the licence to the UK via the Transmission Permissions Regime (TPR), which enables European firms operating in the UK before Brexit to continue to do so for a limited time.

The Financial Conduct Authority (FCA) states that the TPR will conclude on 31 December 2023, provided Her Majesty's Treasury doesn't extend the length of the regime.

The Treasury can do that by no more than 12 months at a time, provided it has sought advice from regulators six months before the end.

"Within that window, essentially, we have the opportunity to clarify, I suppose, what our long term plan is." Marsh says. "We are looking at our options. We're not in a position to talk about specifics of that right now since it's a formal process that we need to follow, but the key point is that the vision is there to have the value that consumers have seen in our banking capabilities in, for example, Sweden and Germany, and to bring that disruption to the UK too."

UK challenger going into BNPL, and Klarna goes in to banking

Klarna's plans to get into UK banking comes at a time of explosive growth for the BNPL industry. The global sector is expected to be worth $166bn by 2023, according to GlobalData’s thematic research.

While Klarna is looking to break into UK banking, several British challenger banks are simultaneously moving into BNPL. Monzo announced an instalments service called Flex in September. Interestingly, payment startup Curve announced its own BNPL service on the same day, which was also named Flex.

UK neobank tridecacorn Revolut is also rumoured to be gearing up to launch its own BNPL service. Payment companies like PayPal and Mastercard have also moved into this sector, and Big Tech is also muscling into BNPL, having already parked tanks on other fintech lawns. Apple, for instance, is rumoured to be planning a foray into the sector. 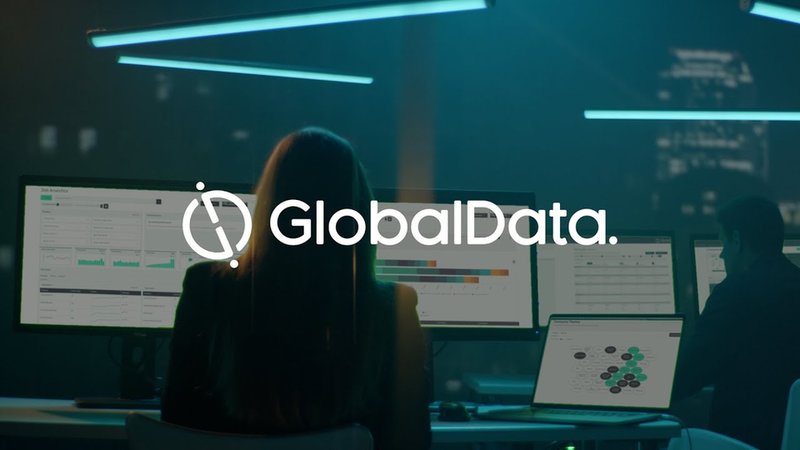 Marsh believes there will be more of this type of consolidation as the bigger firms tries to achieve a more holistic hold of their customers' financial lives. In other words, he expects more firms will aim to control users' banking accounts, where they shop and how they manage their spending.

Despite several neobanks butting into the BNPL instalments market, the Monzos of the world are not seen as primary targets or competitors by Klarna. Marsh instead suggests that Klarna is out to compete with the major UK high street banks, which he suggests have provided a "shitty service" for too long.

"We're actively targeting the traditional incumbent banks," Marsh says, adding that in the next "five or 10 years" Klarna's goal is to become one of the top "five big retail global banks".

Expanding its banking services into the UK is the first step for Klarna to realise that ambition.

Are credit cards out?

Klarna likes to position itself as a safer alternative to credit cards, claiming that its default rate is lower than 1%. Afterpay has made similar statements.

Marsh doubles down on this. He says Klarna's success is the reason why incumbent credit card companies are cutting their fees and introducing services similar to BNPL.

"Credit card companies are having to put in place structure repayment plans," Marsh says. "In the past [they sort of gave] you minimum payments trying to get you in debt forever and paying. They've been forced to say 'we'll give you an interest repayment plan to pay it off.' It's not what they want to do, but they're being forced to do it to compete."

Despite Klarna positioning itself as a safer alternative for shoppers, market watchdogs like Which? have criticised the company and the rest of the BNPL industry, accusing them of putting customers' financial health at risk

The FCA has, partly in response to such warnings, launched a review into the unsecured credit market.

Marsh welcomes the regulatory crackdown, saying he hopes it can result in a standard for the fragmented industry.

The Klarna boss also notes that the company has actioned several initiatives to protect shoppers.

These measures include using open banking to check customers' creditworthiness before accepting transactions, removing fees, updating its language to make it clear that it is offering a credit solution and setting up its own complaints adjudicator.